End Of An Era 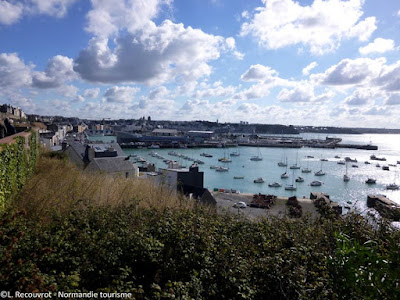 Well hello, hello.  I know, sit down - I am actually writing a blog post from my semi-retirement. Isn't it ironic - don't you think - that I have less time to write now all 3 of my kids are at school. Go figure.

Anyhow, what's new with me well since September 2016 I got myself a personal trainer so I did.  I had joined PureGym (did you know they don't actually pay their staff?! They work for free on the basis you will get some personal trainer work?!!) - you know the really cheapo one for £20 per month and had been going to classes from April 2016. I did spinning, fat burn, weights and circuit training. I felt good - working up a sweat and all that jazz but lost sod all weight. People bang on about muscle weighing heavier and all that - no it doesn't! A stone is stone, a pound is as pound whether it's fat or muscle.


After my holidays, I was like WTF?!! has happened to me! Nothing like a bikini shot to focus the mind and body. Anyhow, I liked the fat burning classes and the chap that ran them. Turns out he was a dad at my kids primary #awkward but you know what - I didn't care about looking like a fat lump in front of a seriously fit 20 something. I was a desperate 40 something that needed help. Any self respect and dignity went out of the window.

And it's the best thing I did. He is Eastern European and I love his no nonsense approach and matter of fact attitude. Do what I tell you and you will lose weight. That was good enough for me. It wasn't like some brutal boot camp workout either.  He worked out nutrition plan which is basically:-

Porridge for breakfast, an apple for snack (although this was called a 'meal'!) no grapes, oranges etc, 200 g carbs like rice or potatoes and 140 g or lean meat for lunch (this is actually a large meal) nuts/apple for a snack - 200g of lean meat and veg for dinner then a fat free greek yogurt with frozen berries and honey.  Dash of milk for tea/coffee and 2 litres of water a day which I still struggle with. Like I've got time to go to the toilet every 10 minutes?! But I do try.

Now this may sound brutal but actually it's not really.  You don't need lots of flavours and what not - that's where people go wrong they want variety but that just confuses everything.  The best part is I can have a 'cheat' meal once a week - normally a Saturday where I eat what I want. I have to admit the first 3 weeks of the cheat meal I was like 1) chinese 2) indian 3) pizza but now I'm like baked potatoes with cheese or something smiliar - I can take it or leave it.

In addition, we work out on a Friday for an hour - kettle bell swings, lunges, squats, boxing and medicine ball stuff. It's a good workout and I rest in between sets to get my heart rate down. The exercise I do now is targeted for me to lose weight. That is the goal - so there is no weigh in's etc although we do, of course, know how much I have lost. To date it's 33lbs since September that's 14.5 kg in new money.

I will put pics up when I've lost another stone as I still have a way to go but realistically I should be at a good, healthy weight by the summer time.

In other news, aside from the political shite that is nationalism and 'fake news' and twats in power etc. We have decided to vote with our feet and leave the UK. Although this isn't strictly true as we have been banging on about it for a number of years but Brexit kindof focuses the mind.  So, the house is on the market and fingers crossed it will sell soon.  We hope to move to France by May - I'm conscious of my eldests education not least that he has missed nearly 2 years of French college and he is a bright lad.  Which, in theory, means he'll do very well but it's still a lot to ask. It'll be easier for the other two. I have wrestled with the fact I know he'd do very well with his GCSE's (they already made him sit the maths for last year in which he got 90 something percent and his English teacher adores him!).  So yes, I don't want to fuck it up for him and sometimes I wonder if the Brevet is worth a wank but I'm hoping long term it will be and life in France - overall will be better for all my kids. For example, affordable housing, being fluent in 2 languages and who knows a thirds, living in a society where people are cared for and the health care is better. And let us not forget the hubster and our lifestyle as we get older. I am at peace with not being able to live this near to London again. There is life outside the bubble. If all else fails - I fancy Derby or Scotland - although the hubster says "please don't make me live in Derby" - so it may well be Scotland.

Plus, where better than to ride your bike than France?  My son currently has a limited route he is allowed to ride given our location - only last week a boy was stabbed in the neck in the town centre at 3.30pm. He was 14 years old.

So, I will be writing another blog but dipping into this one - although I think blogs my be having their day. People don't want to read (well done if you got this far) they want to see pictures on instagram and fast moving youtube videos. I will have to get with the programme and come up with something new on the immigrant front.

My plans are something along the lines of From City Mouse to Country house with all that the new life entails. This blog started as a weight loss journey after my third child - my writing style was that of observational rants but not in a nasty way. People enjoyed it for what it was. I never took it too seriously - hence why I didn't really get into the bloggersphere. I dipped my toe in - top 500 uk bloggers out of thousands, nearly award winning, a regular on Britmums, free stuff to review and some revenue for advertising. To be truly money making, you have to commit time and effort on social media and quite frankly I couldn't be arsed!  Equally I was aware that blogging was completely self indulgent which at times, didn't sit comfortably with me.  It is far better to live your life than document it. Having said this, done right you can make money from it. It helps if you have a back ground in marketing and contacts but my best blogging buddy has had tremendous success and I wish them all the very best. So if you fancy a go at blogging - give it a whirl.

Watch this space and thanks for sharing my journey!! See you soon and sorry for my poor writing - it's been a while!
Posted by Unknown at 21:28

Email ThisBlogThis!Share to TwitterShare to FacebookShare to Pinterest
Labels: lost 33lbs in 5 months, moving from UK to France, nutrition plan, weight loss with a trainer