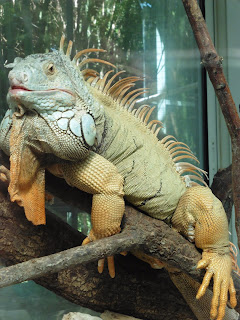 For those who are following this sorry saga - here is my review of Reptoparty - that was written on the back of two of my friends parties that were cancelled on the day of their child's birthday party.

Dan Barnes failed to comment on this blog post although he is quite active, naturally, on his own facebook page. He seems to be rather indignant that parents can possibly take to the internet to vent their rage, frustration and disappointment. How very dare they!

He has admitted cancelling parties, he has admitted he has metal issues surrounding anxiety and depression. This is not in any doubt.  Even going so far as to say it was so bad he couldn't get out of the house. He fails to say he was able to go on many a holiday including a long haul to Egypt no less! He claims this is all an unjust witch hunt to put him out of business and look he even does Scout bookings so surely he must be okay?

He fails to mention on his facebook page that he hasn't actually refunded many he cancelled as he spent the money. You would't have any financial issues if you take money for bookings, don't show up and refund them would you? He fails to give people the reasons he gave for not showing up - his dad dying being one of the many creative reasons.

By the way, the definition of a 'scam' is the following:-

an illegal plan for making money, especially one that involves trickingpeople:

It is an offence is it not to take someone's money with no intention of providing a service, spending that money and not refunding it. Tick. The key here is 'tricking people' - tricking people into thinking something is 100% genuine i.e pictures of parties, tricking people into paying the full amount via friends and family on paypal so you can't reclaim that money, all negative comments removed, blocking people to prevent this and disabling the review function on a facebook page, making out that it is everyone else who has the problem. Do we need to continue. This man has more tricks up his sleeve than the late Paul Daniels 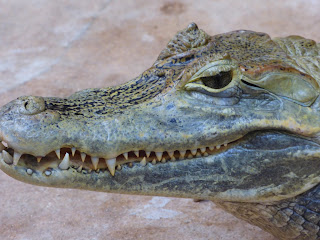 He did refund quite a few members who were in the 'scam' group for the sole purpose of shutting it down. But he failed to refund many he held particular grudges against. I'm not sure why he still can't refund £200 to Acorn care home. Can you see this still on the facebook page? No, of course, you can't as it's been deleted.  This was for brain damaged adults. He had done a few parties for the care home before. This wasn't in the summer when he claims it all went wrong for him. This was months before. He just got bitten by social media and had to come up with some lame reason as to why he does what he does. 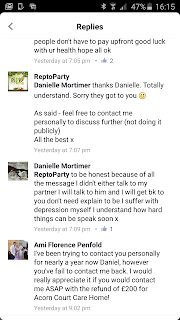 You can see how many comments are deleted by clicking on them the number reduces dramatically from what it originally says. Facebook - a mere check on the number of people this man has to block should be enough reason to close the page down alone.

Well I would say this - if a restaurant is bad do you leave a good review on tripadvisor? No you don't. Whilst he has been prolific at trying to hoover up anything negative on social media (getting a refund/scam fb group taken down etc) there is no getting away from the facts that this man books parties, shows up to some and doesn't for others.  Parents document this for no other reason than to 1) warn other parents this could happen and 2) to simply get their money back. Nothing more. Nothing less. Just refund the people you owe money too.

I should add that the reason that Mr Barnes maintains that if you cancelled because of what you found out on the internet then you are not allowed a refund.  He states it's because of some jumped up rules regarding payment and the 'offer' blah blah. You are not entitled to a refund. There was no contract, there are no rules just what he imposes on people. There is no refund as the money has been spent.

The crux of the matter is people book solely based on a facebook page, pay via friends and family (a trick) paypal and then it's a lottery as to whether or not you get your money back.  Not only is the logic to this just absurd - ultimately any professional does not spend the monies taken for bookings months in advance.  This proves my own view that this was all about generating a huge turnover of cash and the cash has dried up based on his own actions. No one else's. It is fair and reasonable to have second thoughts when you find out someone has a party the same time as yours miles apart. It is fair and reasonable not to take a chance on a man who has been doing this under 3 separate 'business names' for over 3 years. For example, one mother chose to cancel as her husband died recently and didn't want to take a chance on him not showing. That's fair and reasonable wouldn't you say. He did, however, refund this lady - eventually.  Pay back people's hard earned money.

If people cannot do their own research and do a simple 'google' of his name/party then that is their look out. I have no interest in warning people individually. If he chooses to use Scot groups for PR to entice bookings then that's down to those groups. It is somewhat disappointing that people are quite okay to book a man who openly has issues.

It is okay for other people's children to be let down so long as it's not your own. I try and teach my children to have a moral compass so what are we teaching our children? It's okay to use people that do this to others as long as our party is good? And the parents are the witch hunters?

Enjoy your parties and if he does show up then you can be thankful to all the parents that have shamed him into honouring bookings. If it wasn't for those parents then you most certainly would have been on the 'witch hunt' side. Good luck to you all!

As you have come to expect from a nearly award winning blogger (2014!)of Britmums, Top 500 Tots 100 blogger - this review is an honest and true account of Reptoparty. Thank you for reading and taking the readership of this blog closer to 2 million views!!

Posted by Unknown at 11:40 No comments: Links to this post