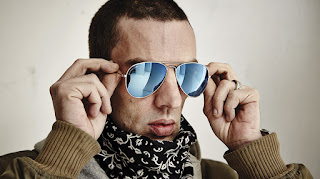 Now, if you don't know who Richard Ashcroft is you need to leave immediately!  Only kidding, he only wrote arguably the best album of the 1990s.

Better than Oasis..can I even say.... The Stone Roses? Open to an intense debut by hardcore Indie fans.  Anyhow, that album, Urban Hymns was immense.  It came out in 1997 - the year of my travelling around Europe and also the soundtrack to an ill fated 'make or break' holiday with my ex. The clue is in that last sentence.