Parentdom - The Rise Of The Parent Martyr 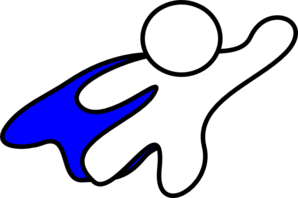 Yes. You heard right. I don't know if this phrase has been coined yet but if it hasn't I'm bagging it thank you very much.  I've just done a quick google and the only thing I can see is it being the 'authority of a parent'. Well forget that for me its the constant parent type articles in the form of martyrdom.

Sadly, I don't see it becoming unfashionable anytime soon. Writers, bloggers, newspapers are getting a lot of mileage on the struggles of parenthood and it always reverts back to that wailing "but what about me?!" parent. For example, you'll see some regurgitated crap along the lines of  before I had kids my hair and clothes looked nice but now they don't and I look shit. I'm fairly confident that I would look shit with or without kids as I'm partial to a diary cream slice. In fact, minus children I could probably fill up my little singleton basket with all manner of fattening food. If I didn't have kids I wouldn't cook from scratch (another phrase - its just getting food and cooking it - not hard) and this would mean one thing and one thing only baby - TAKE AWAYS!! I digress. Back to the parent martyrs.

Or, now I have kids (erm the ones you wanted presumably?) I can't sit on my laptop, Iphone without being interrupted cue groan and some illustrated picture of you and your first world problem. Oh how the masses chuckle at these depictions of parenthood. Oh yes that's so true let's share on facebook.

Oh look! Look at this mess - sigh now I have kids my house isn't perfect. Yes, like it would be pre kids? Or, I don't go out now as I have kids and they sap and drain all my energy. Oh I can't read a book on holiday because I have kids. Shut the %&@!! it's sooooo BORING! People who don't have kids must read this drivel and think - crikey we made a good choice there it sounds a right old hassle.

No it's not really but there is a whole industry based on making parenthood some sort of martydom. Like we all struggle on, look at us giving up everything for the sake of our children but we're not really happy at all. I don't even find these things amusing anymore. I just think get off your lazy arse and put some effort in. Why can't you switch channels from cbeebies to the news? Why can't you sling your kids out into the garden and tell them to come off the devices? Because you can't be arsed and its much easier to write and moan about it than to actually just get on with it like thousands of parents before us did.

The other day on twitter a PR company were looking for parents to feature in a documentary - they wanted people to get in touch on "how they did it". Say what? Parenting. How you do parenting. Are you serious? How do you think? How do you think millions before us had children and raised them?

Another article was bemoaning the fact of the differences between the 70s and now. But there was a slight variation normally these articles are about how kids had more freedom in a safer society. Very true. However, this parent had managed to bring it back on herself (there's a shock) to say that parents had it easier as they could kick the kids out in the garden etc. The article was entitled "Are parents getting a raw deal?" Basically she spent the whole article telling us that her children were in charge and therefore she was getting a raw deal having to entertain these feckers. Here's a thought - unplug the devices, kick them out in the garden, don't let them have everything and say (as I often do) "I'm not here to entertain you". Parent Martyrs make a rod for their own back and then write about how hard it all is.

I'm pretty sure our ancestors weren't documenting the hassle of having to get to the workhouse again with those frigging kids. Oh before I had kids I could come here on my own!

Yes there is an element of truth - the sight of lego all over the floor can make a grown woman think dark thoughts. However, it is brief.  Less than 5 seconds that's not even time to draw or write about it. I, and I'm sure lots of my friends will agree, that as you're sweeping it together you appreciate that your kids are being messy, creative and you'll be missing the sight of  this same lego strewn across the floor 10 years from now.  Yes, that's right when those bloggers/writers will be depicting themselves weeping and wailing at the same children they couldn't wait to shove up to bed 10 years earlier so they can drink some prosecco. Oh yes, this is the drink of parentdom. We must drink prosecco.

Anyhow, on the weight loss front -1lb this week so back on track. I did a kettlebell work out on Monday and cycled 10 miles today!  Onwards and downwards - now off to pick up lego and count my blessings that there will still be lots of this stuff in my house for years to come. Because it will be a sad, sad day when there is none left to pick up and then I'll be drinking that awful prosecco!

Until next time..
Posted by Unknown at 22:13 No comments: Links to this post

Email ThisBlogThis!Share to TwitterShare to FacebookShare to Pinterest
Labels: parentdom, parents unable to deal with parenting, the rise of parent martyrs

Things That Piss Me Off 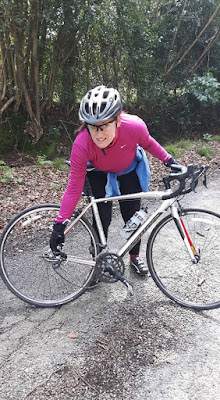 How's that for a title? She's back. Let's get down to the nitty gritty. Two weeks off at Easter and no fitness class or weigh in - weighed in yesterday and I'd put a one pound on. Thanking you - although in real terms, in an ideal world, I would have rocked the weight loss and dropped another 5lb but this is the real world and this is me.  I'll take that as normally I can easily put on at least 3lbs when the kids are off which then takes me a few weeks to shift.

Read more »
Posted by Unknown at 22:11 No comments: Links to this post