I Need A Magic Wand! 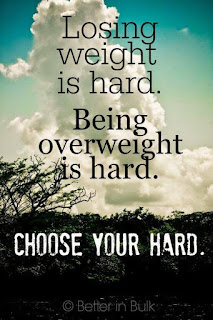 Is what I said last week when I stepped on the scales at my local Glow Fit club. I mentioned during my last post that I was going to join this weigh in and exercise club franchise.  I liked the sound of it because 1) you pay for a workout and 2) you get weighed as well. Perfect. What wasn't so perfect was the number on the scales. I was quite shocked as they were a tad different to my trusted bathroom scales.  I actually laughed when she handed it back to me! I turned to my class mate (we know each other via my kids old school and had decided to try it out together) and wailed "have you got a magic wand?!"

Fast forward a week later and I'm slimmer of the week. Get me. Got a certificate and everything. Although I held back on a speech like the lady did last week. Nothing like a short sharp shock to kick start my lard arse into action.  Kick Xmas excesses way back into 2015 and beyond. Yup, I followed their healthy eating suggestions (more of which later) and subsequently lost a whopping 6lbs.

Now, admittedly when we turned up to this club we were a bit "Jesus we're the youngest here" which was quite apt given that it was in a methodist church hall. Bearing in mind I'm 42 and my glow fit pal is 45 this was no mean feat. They were a friendly bunch, albeit rather old, and showed us the toilets and introduced themselves. One proceeded to tell us how, with other diets she'd lost 2 stone, 1 stone etc and put it all back on however with this club she had lost 2 stone. Great I thought. But she continued. No don't continue stop right there with your success story I don't want to hear....she continued. "Well I stopped it over Xmas and what with friends and family coming around I put on 7lbs and then after that I put on a 1lb and last week it was 2lb". Please STOP!! The initial teaser was of a success story but quickly descended into a horror story. That's the one thing I hate about women all together in a room trying to lose weight - they tell you about all the things they shouldn't have eaten followed by all the child talk of "being good" or "being bad". I quickly shut out from the noise. Stay focused Tash. Ignore. Stay focused.

Before I go on, I should explain this isn't like Slimming World or Weight Watchers where you're allowed crap as long as you don't go over your allowance of crap. They just recommend basic shit really. Eat wholemeal bread instead of white, switch to brown rice instead of white, avoid white carbs after 6pm i.e potatoes, pasta and rice. Watch your portion size and the composition of your plate and percentage of food intake of each meal. Snack on nuts or fruit. Have greek yoghurt, feta and halloumi cheese (which I love) and  drink lots of water. It doesn't say, funnily enough, eat some biscuits, cakes or chocolates. Eat well (or as some call it clean) for 80% of the time and if you are out etc that would be your 20%. It makes the point that if you do that your weight loss will be slower. Well I ate clean for 100% of the time. I didn't have any 'treats' and whilst I have felt a bit hungry I haven't had raging headaches or felt tired. I feel good.

I have had branflakes and yoghurt for breakfast, wholemeal pitta with chicken and salad leaves followed by berries (like raspberry, blackberry and blueberries) with greek yoghurt for lunch and our family meal of an evening i.e shepherds pie but with sweet potatoes instead, same for fish pie and tomorrow roast chicken with parsnip and sweet potato.

Now, turning to the exercise class. It's not a challenging workout it has to be said. Although you can up the tempo for yourself I've sweated more. Having said this it was probably perfect for us to get back into exercise. There is actually a sweet old woman who sits on a chair at the back doing the exercise! We're going to try out a different one tomorrow to see how that one is. There are lots of classes to chose from at any rate and my friend said the clubbercise was great fun.

As I felt I might need to work a tad harder, I actually cycled to the class this morning 3 miles there and 3 miles back. Given that I have a club ride with my son of 15 miles on Sunday I thought I better dust down the bike.

There's a little talk at the beginning - last week it was on making your veg look appealing i.e making courgette's look like spaghetti. I say just chop up some courgettes you don't need to start faffing just to make it more appealing. People say oh but it gets boring but then so is being overweight. Chose your boring as the quote above suggests on being overweight.  I don't normally indulge in all that trite inspirational bullshit but I quite liked this one.

Today's chat was on heart disease and how its a bigger killer than cancer.  After I received my slimmer of the week certificate - the same lady joked "do you eat anything last week?" Another congratulated me on my weight loss.

Until next weeks entertainment!
Posted by Unknown at 20:36