Top 5 Reasons NOT To Get An X-box One

Sorry to everyone in my world - bloggers,gamers, friends and everyone in between who merrily purchased an X-Box One this Christmas. In fact, I don't think I know anyone who doesn't have an Xbox or similar device in their household. But not to be deterred, I shall begin my assault on this modern day box of "fun" because that is what I do best!

Before I really get my console going. The background to my loathing of the Xbox (please replace with any other console name) has been well documented in this post. In short my son became addicted and started to become a bit of an arse. The Xbox was unplugged, put in the loft and has remained there since February last year.


Now, initially my son was on suicide watch for nearly 3 weeks but after that he was fine. And before all you gamers think that poor boy - he's never going to get over this - he'll be bitter into adulthood much like the boy that didn't get a chopper for Xmas etc etc. Well yes that did cross my mind but as it turns out my son is actually pleased its gone, still has friends, is not a nerd and is altogether a well rounded individual. He doesn't really have time for it in any event. He's in the rugby team, has football training, competes in races with his cycling club, has drama rehearsals, homework, watches his premier team with his dad and a life outside of the home. He's living a real life or as he says "a clean life" that he won't be able to re-start again. If he wants to faff around on an X-box when he's 18 then he's welcome to it.

So, let us get on with it, here are my Top 5 Reasons NOT to get a games console:-

They will never just spend an hour and come off of it.  Children cannot regulate themselves with food, bedtimes and games consoles are no different. Yes you get all these well meaning middle class articles like this one in The Guardian recently about how to monitor their gaming. In reality that well intended "only an hour" will become 2, 3, 4 hours and beyond within a very short period of time. In addition to that - 2 hours will become 2 hours in the morning, 2 hours in the afternoon and 2 hours in the evening. Totally 6 hours of gameplay and the added bonus of them not wanting to do anything else.

They're not going to become technological whizz kids.  This argument really is nonsense and such a lame reason to let your kids fester on the X-box whilst you can get on.  People say "oh its a technical world these days". I get that, however, I don't know many children who are unable to log on, open tabs, upload to youtube etc. In fact, since my son hasn't had the X-box he now creates stop motion lego videos, uses one of those go pro type cameras and has learnt a whole host of technical dos and don't.

Children get taught coding at school. Sitting on your arse for 6 hours, pressing your little thumbs to get to a next level, will not make you the next big thing in gaming.  A tiny tiny minority of children might think they can create a game better than the one they are playing. They may start actively plotting the next big game but this would involve not being on the console. The majority are just playing the game, not being creative, being inactive and getting fatter. Which leads me nicely onto the next reason.

Never mind what level they are on - what's the level of the bathroom scales? Instead of setting the parental controls how about weighing them before they get the console and after?

Your child will get fat or fatter.  My son says at least 7 out of 10 children in his form are fat/overweight. Again, most are gamers. I have particularly noticed that boys are getting fatter than they used to be. Boys generally are more addicted to game play than girls. Our boys aren't as fit or active as they could be. Games consoles contribute to this. There the vicious cycle begins - too fat to start to become active, play the X-box to forget about this, less social skills, less inclined to go out and repeat. I read one article, by a boy of 10, who said he became so addicted to the X-box that he lost all confidence in participating in any activities. He has since ditched his console. In an extreme case (for now at least) a boy died of a blood clot because of his inactivity playing Halo for 20 hours. Read this very sad story here. 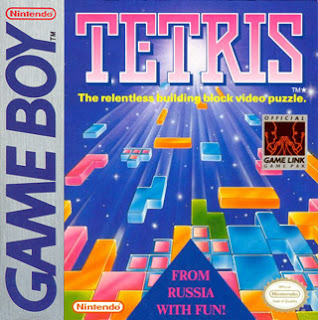 Its only a bit of fun. Is it? How many times do you hear your kids laughing whilst playing the X-box? I used to hear a lot of bickering, arguing and mainly groans of frustration. People say "it never did us any harm" Are you sure about that?! Besides the graphics weren't as real, it took 2 hours to load a Commodore 64 and did we really not want to do anything other than play Tetris?

As a family we now play an array of board games the latest being Risk and Yahtzee and yes there are tears, arguments but by and large it is good fun. We interact, we add up numbers, we chat and we're engaging as a family. There is a natural end of play and hopefully the kids will remember playing with their parents as kids. Are they going to remember with fondness what level they achieved on a game?

Yes, the Romans gave their people entertainment by way of the Coliseum - people getting ripped to shreds by lions and what not. This was to keep the unemployed happy and to distract them from asking questions, in particular, well this life is a bit shit isn't it? Its entertainment for the masses so no one really questions anything. Do you think the elite are letting their kids play on these consoles? Keep the masses ignorant and compliant - games consoles are perfect for this. No one's going to have a revolution whilst playing live now are they.

In addition, who gives a shit what level or whether or not you are a Captain in Destiny? Well, maybe your fellow gamers. But what does it matter? Your child's potential employer, whilst looking at their derelict CV of hobbies, isn't going to give a shit that your child was a top Destiny gamer and is currently number 10 in the world rankings. It means jack shit. It makes me laugh that parents are quite happy with the X-box being a massive part of family life but yet they all freak out at secondary schools. What's good, what's not, oh to grammar or not to grammar, could we stretch to private fees? Its so important education. Well this here blogger thinks its more important to ditch the consoles.

So there you have it my Top 5 Reasons NOT to get a games console. Now, maybe your child isn't addicted, comes off nicely, doesn't spend hours collectively on it, is active, does their homework without rushing to get on it, behaviour doesn't change, loves going out and there's no problem. If that's the case then I salute you and perhaps you could write a blog post on how you've managed that. Sadly, I couldn't manage it.

If that isn't the case and only a few of the above have started to creep in - then maybe its time to pull the plug?

Email ThisBlogThis!Share to TwitterShare to FacebookShare to Pinterest
Labels: childrens addiction to gaming, son wants x box one, top ten reasons not to get an xbox, why not to buy a games console for your children, why you shouldn't buy an xbox