It's Oh So Quiet 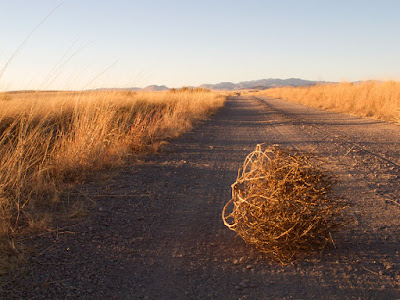 When your child starts secondary school. You can practically see the tumbleweed whistling past you on a daily basis, much like that person (you all know someone like this) who says something in a group setting which provokes only one reaction. An eerie tumbleweed silence. Ofsted don't mention this now do they.

So when your first born child goes off into the abyss that is secondary school its all a bit strange - all a bit weird. Now don't get me wrong there is some communication. You can contact the form tutor via email and get a reply - sometimes at 9.30 pm at night. I've had two newsletters, facebook/twitter feeds, a print out of my son's attitude to learning/merit points but I've never met any of his teachers. I don't get to wander into the school and ask a quick question. I have never met any of his form's parents - asides from the ones I know from his primary.  His parent's evening is in January - in primary its normally September for most schools. I'm looking forward to putting some faces to the names although his fantastic science teacher has now left. By all accounts this is quite common - teaching is in crisis nationwide. At primary - whilst teachers do come and go - I suspect it won't be at the frequency of secondary schools. One mum told me her son, at another school, has had 8 different English teachers. If that happened in primary they'd be a parental riot!

In any event, my son is fairly happy with the overall package with his secondary school. It is still early days. He was put in the wrong set for maths - he should be in the top set so that has been a bit frustrating but it has been rectified for next term. Hopefully, he'll get a different teacher as the one he has sounds bizarre and not that great. He loves all his other subjects especially French and science.

He had his first 'academy day' to HMS Belfast - again the whole set up is so different to primary. We received a list of fabulous days out to chose from - some free and some not. My son wanted to go to the science museum although now we know that you don't get to pick the free trips, hence his second visit to HMS Belfast in a year. It suddenly occurred to me a day or so prior to his trip, that these secondary teachers might not be so vigilant as primary school teachers. I'm pretty sure I'm old enough to be these teacher's parent.

Given that lots of pupils travel to secondary school the teachers could reasonably expect them to keep up and not get lost. I had to order an oyster card for my son - which he never uses as we can walk everywhere.

At primary, the teaching staff are generally parents themselves, have multiply risk assessments when taking the children anywhere i.e high vis jackets, wrist bands with the school number, medication etc etc so the likelihood of a child getting lost is nominal.  With that in mind, I told my son to stay alert and not be a tit in a trance like he normally is. Pay attention. I also told him how to get back from London Bridge should the need arise to which he replied "yeah I haven't really understood any of that".  Thankfully, my less than street wise son did come back in one piece and managed to text (yes text) me on the way back saying he'd had a great time.  See what I mean. Its the abyss I tell you.

Oh and another thing - I now get the whole "why don't they wear their coats" secondary thing. I'll tell you why because its a bloody pain irrespective of whether its freezing or not.  Although my son only has a 4 minute walk to his school - on cold days I'd much prefer him to wear it. He, having been an avid coat wearer, would rather not. Its not because he has no blood - its because he doesn't want to cart his heavy parka around to each lesson. Its because I won't be best pleased if it gets lost. That's another abyss - lost property - if they don't come home with it you ain't never seeing it again. But probably the main contender of  #coatgate is that he needs to put it in his form room locker. This room is then locked so to retrieve said coat he needs to get a member of staff. So there you have it - our children do have blood and they also have the good sense to think this is a lot of faffing that I can do without.

In other news, I have completed 3 weeks of my PIYO dvd and I love it! This means that in 21 days I have worked out for 18 days! Wow. I seriously recommend it and will write more about it after Xmas. I've already seen in difference in my stomach, my metabolism and I lost 2lb last week. Although that now means all my gains around my birthday have been lost but if it continues beyond next week I will properly be in a deficit.