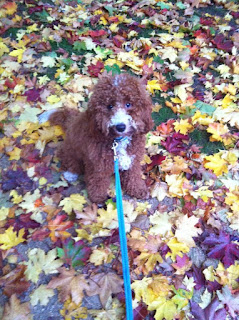 Is an event I created on facebook recently. I naturally came on the computer to do something a tad more productive than this but there you are. Instead I faffed around creating an event that has no real purpose other than to satisfy my longing for some normality in the month of October.

To be transported back to an age where grown women acted as such and Xmas wasn't even up for discussion. Asides from my natural repulsion of the Xmas countdowns, which start in August, (of which regular readers of my blog will have heard my ranting on this one every year) I came across a banner which made me groan out loud.


I was sat at the traffic lights whilst taking my son to his weekly cycling club. I innocently turned my head to the left and caught sight of the garden's centre's banner. It was advertising its "Joy of Christmas opening night" on OCTOBER 29th. I lamented out loud "I feel sorry for October". My son asked why, so I proceeded to tell him that it was too soon for all of this and in my day blah blah blah. He was, however, in total agreement and the boy is 11.

I love the month of October. It's Autumn, the leaves are a glorious colour, I can wear one of my many poncho's that I have an unhealthy addiction to, the baking, the casseroles and the fact its NOT bloody Christmas yet. By the way, December is a shit month weather wise. It rarely snows, its not crisp and cold but dark and drizzly. Why get excited about that?

Then shortly after this I went home and WHAM on my facebook news feed there was Christmas event after event that various were attending. Some were attending them ALL. I mean seriously how much pressure to you want to put on yourself for this most wonderful commercial time of the year?! Do we have to be all singing Christmas Dancing Bears. Who turn up with anything that has the word Christmas slapped on it.

I truly believe that the children of these Christmas Dancing Bears (as I'm now going to call them) will grow up thinking sod all that shit my mum used to do. It was way too much and by the time Xmas arrived I was sick to the back teeth of it. I'm going to put my tree up two weeks before Christmas and take the kids to see Father Christmas at the school Christmas Fair. There's going to be an awful lot of pressure on these kids to create the type of Xmas (hysterical and excessive) for their children.

Since I wrote my ranty post on the Christmas countdowns back in 2013 much more has evolved since then. For starters you've got the Elf on the Shelf.  Basically someone invented a tradition (2005 no less) to make a bit of money and amazingly the Christmas all singing and Dancing Bears bought into it.  Its meant to be an Elf that watches over the children to see if they've been good reports back to Father Christmas. What a crock of shit. But not content with this, parents have now made this Elf a bit naughty and post what they've done on facebook i.e spilt the sugar etc etc. So everyday, the parent has to come up with something naughty, that the Elf has done for the month of December. Why? This is the only thing that springs to mind when I see this fucking Elf pop up on my newsfeed. Just. Why.


More recently than the 'tradition' of 2005 is the Christmas Eve stocking? Say what? Yes, people born in the 60s 70s this is the latest purse emptier. Not content with having presents on Christmas Day - you know that thing people have been banging on about since August - now the spoilt brats can expect presents on Christmas Eve in the form of a Christmas Eve stocking. If they weren't whipped up in a frenzy by now they've just about exploded. As far as I can tell, the kids get new PJ's (some present), a book about Christmas and more stuff they don't need. What next? A November pre December stocking?  And I'm that mad one?


Oh and forget about just getting a plate from your cupboard to put a carrot on - now its all about a personalised plate with the child's name on. You can order an Elf to knock on your door for £50 a pop and Santa now arrives by helicopter in a field to switch on the Christmas lights.
I am not a Grinch - but the all singing Christmas Dancing Bears will call you that just because you don't buy into all this tat. God help us if the apocalypse is imminent - "someone find the Xmas plate!"

They say you're a bah humbug. I enjoy Christmas just as much as they do but I like it in December. Is that so tragic? That doesn't make me a grinch. I don't tell people they can't think about it, buy presents before December - you can do what you like but don't tell me I'm a grinch because I'm not a Christma Dancing Bear. Just ask yourself when is it all too much? I'd say now!


In other news, I have more news than going off into one but I feel soooo much better for it. I had a grand morning out in London the other day and have news on the lack of sugar front.

Be back very soon!!

Email ThisBlogThis!Share to TwitterShare to FacebookShare to Pinterest
Labels: christmas dancing bears, christmas is too much, elf home visits, elf on the shelf, infantile adults, people accused of being a grinch, santa arriving by helicopter