Dear So and So

I used to love a good rant - I still do but recently I've been focusing on my weight loss journey which is why I started the blog in the first place.  When I saw a linky for 'Dear So and So' via the blog network I couldn't resist. The very nature of the title, whilst doesn't have to be a rant, lends itself beautifully to one.

So without further ado, here's my little letters in the spirit of 'Dear So and So'

Yes, you have a dog. You like dogs - you bought one. Its your family pet. I get it. I don't like dogs that much. You don't get it. That's fine.  Whilst out running I see you with your killer dog types - you know that ghastly breed that people get just to frighten people. I hope that I don't hear a pathetic "she's/he's okay" whilst it comes charging up to me. Thankfully, this hasn't happened as yet and the good dog owners have them under control. If a dog, whatever breed comes charging up to me whilst running, I will defend myself prior to it sinking its teeth into me. Just so you know my trainers have boot in the face capacity.

Its happened before to my son who was barely 3 when a dog, twice his size, came bounding over and knocked him right over. The owner was a good 100 yards away saying in that pathetic voice only a dog owner can muster up "she's alright, she won't hurt". Sorry. That doesn't cut the mustard get your lazy arse into gear and keep your dog under control.  Not everyone likes dogs. And certainly not my son thanks to you.

To the dog walker that thinks a bungee type of lead, that has no tension, is really going to stop the dog running up to someone and jumping on them - I say get a proper lead. To the ones that are a tad porky, walking at a snails pace whilst having a fag, too lazy to bend down and pick up a ball you have to have that stupid piece of plastic. I say having a dog is meant to be healthy. Why not ditch the fag, get off the bench, throw the ball and get healthy? Come join me. 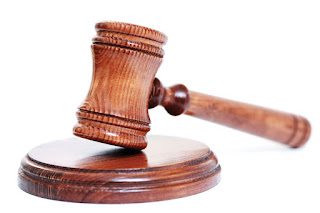 To the many dog owners who always proclaim "I always pick up the mess" I say you are telling porkies.  I ran 4 laps of my local park and on the 4th lap there was fresh mess. I put it to you middle class dog owner who purport they pick up the mess that you are, in fact, a liar.

And finally, to the lovely old man dog walker who had a giant poodle type thang who told me "you're doing so well" and "keep going" after I had finished a difficult run. The man that told me he couldn't walk 300 yards but could now walk to the top of the hill. Who told me his wife has cancer of the leg but won't come out to walk. I like you and your dog. I like dog walkers - the majority are lovely. They smile and encourage and make sure their dog doesn't jump up at me whilst running past. I say dog walkers make running in the park more interesting and more secure. I say you make me love my local park and the people within it. 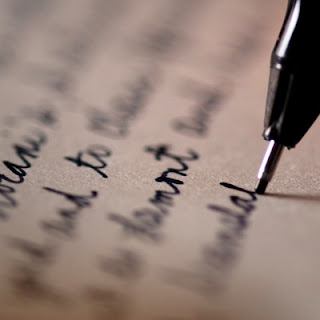 And another thing....! (actually that's a linky in itself)

You make my life so difficult.  I understand life is tough and busy but giving in to your child's demands doesn't help anyone in the long run. And it certainly doesn't help us parents who want to set limits and boundaries and don't want to be our child's friend but want to parent them. You complain that you can't get your child off computer games and ipads. The ipads, facebook, instagram, smart phones, games consoles that you allow them to play for a quiet life. Why aren't you in control? Your child 'won't get off' no you won't get them off. There is a difference.

Why do you want them to grow up so quickly? What will they have left to discover? Can't you wait? Can't you wait to give them that 18 game? Why do you make me the bad guy who has to say no to a smart phone, instagram, facebook, 18 games? Don't you get it? Their young brains can't deal with all of this. We need to protect them.

Even employees of Apple don't let their own children use ipads. What hypocrisy. They know. They're only too aware of the damage that is being done. But they want your money. Don't you get it? You will do in 20 years from now when the studies come in about how children's brains were permanently damaged to over exposure of technology.

I'm not a perfect parent. I am not draconian but I do know there should be boundaries. It would be so much easier if other parents had some too.

Dear Man on the Eurostar

Parents are allowed to travel you know. They've paid their ticket and are entitled to take their toddler. You made it perfectly obvious that they had no right to be on the train. I say why should you have a right to vote? To vote on schools, education and health care as when you leave this earth that's it. When I leave this earth my children have to live with the childless voters choice. Of course, that is unreasonable you have as much right to vote being childless as I do.

You'd like life to be baby/toddler free. You were most put out when the toddler liked to walk up and down the carriage. How very dare they. How irritated you were at this. Do you think your eye rolls and tutting went unnoticed? Did you think you'd get any empathy from a mother of 3? Did you notice how the parents ignored your hostile glances? Do you think the parents were unaware their child was crying and that by somehow giving them dirty looks they'd realise? Do you realise that child could be wiping your arse in an old people's home? Who else will? Not your child as you're childless. It could be the child that shouldn't have been on the train.

Mmmm yup I feel my participation in Dear So and So will be rants ahoy. If you'd like to link up then click on Michelle's link at the top which I'm uber impressed that I managed to add to the blog.

Email ThisBlogThis!Share to TwitterShare to FacebookShare to Pinterest
Labels: dear so and so linky, dog walkers, people without children