Its normally Tuesday and this is really Tuesday's weigh in. So its 1lb down again. Bit frustrating but then again, I haven't really go going with the food logging on 'my fitness pal'. Still all good.  I'm hoping that the numbers will come down by 2lb as now that I'm into Week 8 of the C25K - can't believe its the last week. Although I did have a 4 week absence at the start of the year what with all the sickness. I'm glad I stuck it out. Having said this, Monday wasn't a great jog.

Again, I hadn't mentally prepared myself and have also got into the habit of nattering with the school mums after drop off.  I also tried out my new route so my chimp was going into overtime. My thighs were heavy and I stopped running after 10 minutes. I wasn't best pleased with myself.  So, last night I worked out from my Ipod, that 9 tracks of The Killers Sawdust album would equate to 28 minutes of running. I had pre-warned the mums that in no uncertain terms could I indulge in any type of chit chat at drop off. They were very supportive telling me to "go" as soon as the little ones had been waved off. So Go I did and...managed 20 minutes!! I did 1 1/2 laps of a lovely field nearby. And (I like using And at the start of a sentence as you're always told not to but whenever I read a book they always do it) to top it all I wasn't murdered. I put this on my facebook status. I was joking of course but you never know the park was empty. Mind you, by all accounts, post 40 statiscally you're less likely to be attacked. I'm not a spritely young thing - one good thing about getting older. I had watched the profile of a psychopath the night before which probably wasn't the best mental preparation for my lonely park run in my local manor. Anyhow, I'm alive so added bonus.

I'm fired up for Friday. I will beat my 20 minutes and will do a triumphant fist punch rocky style if I manage it. Here's the beautiful view I had whilst running on the lovely spongy grass. So much better than concrete I can tell you. My knees are doing fine and today was the first time my thighs didn't feel like lead. This is one half of the park... 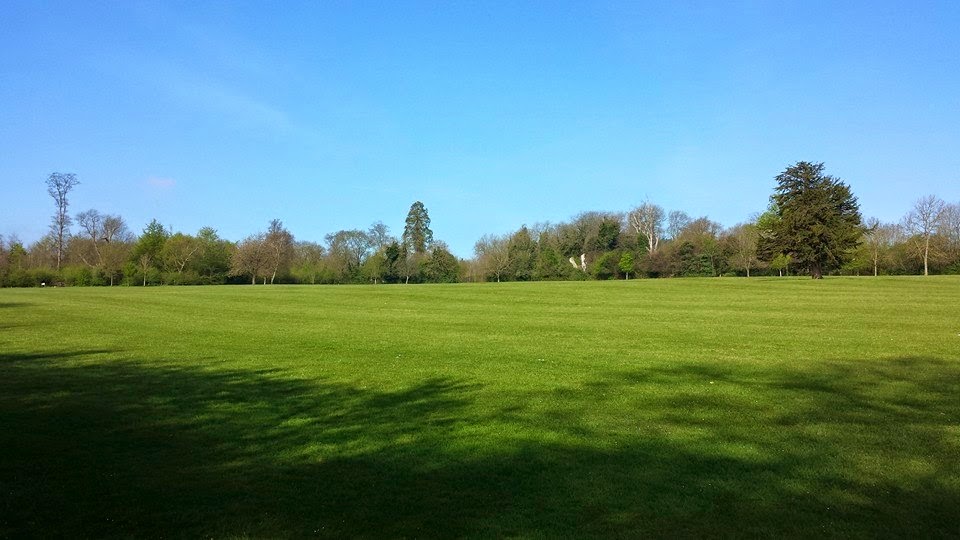 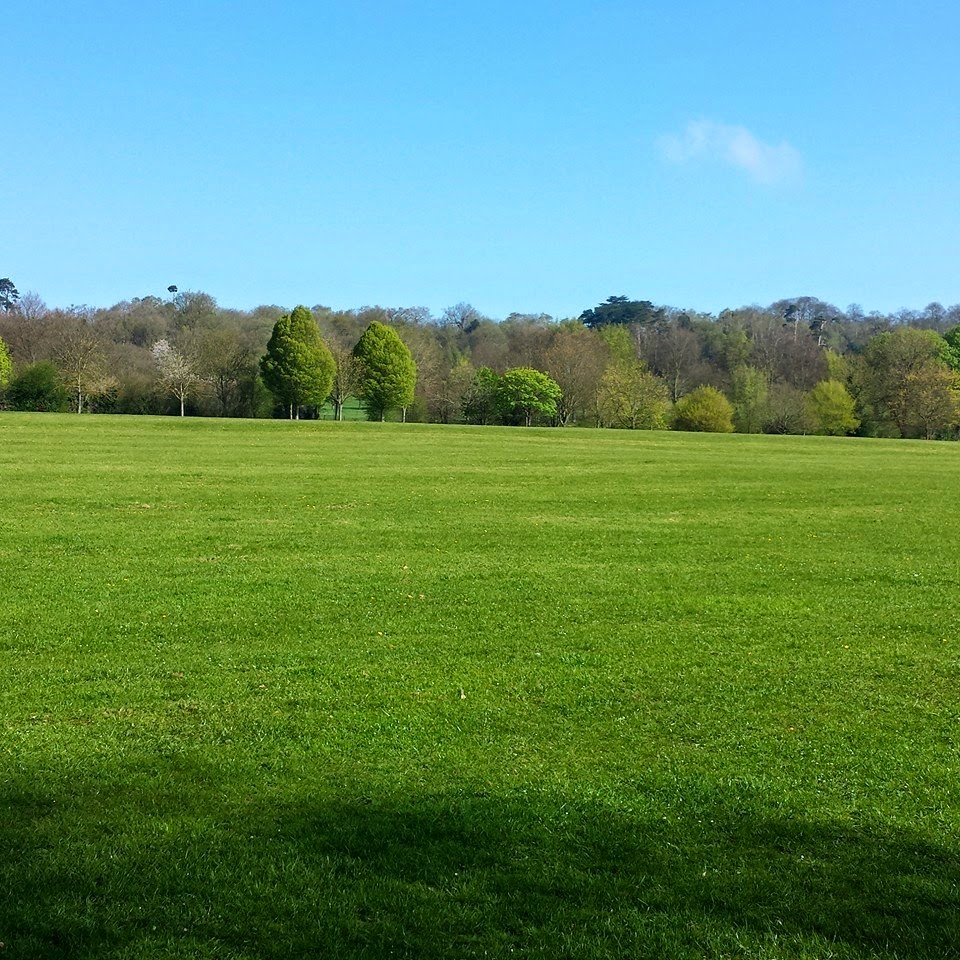 As you can see there isn't a soul about.  There is a main road nearby. I saw 2 ramblers and that was it. Where are you dog walkers? I thought I'd have to run away from chasing dogs not killer psychopaths on the loose.

In other news, I'm currently baking and resisting licking buttercream and batter. I am freezing Buddy's birthday cake and this evening the kids will be decorating their own cakes. Its in aid of a St George's Day fundraising cake sale at school tomorrow.  Oh, in the last post I talked about a game show. We had an audition for the show Pointless but unfortunately what with my husband being self-employed to take 3 days off (2 more if you get through) in addition to the 2 for our long weekend - we decided against it. Its a shame as I do love the show - I applied over a year ago and my pointless dream question - name Elizabeth Taylor and Richard Burton films they starred in together - has gone. Its rare you win life changing money. I don't have a burning desire to be on telly but I do have a burning desire to win life changing money!! One day...