3lbs ON!! I have eaten chocolate. I have heartburn. I have had a fantastic Easter. I now have 4 weeks to shift this and some before myself and Mr 1970s go off for a little pre-anniversary weekend break. Surprisingly enough I don't feel 3lbs heavier - in fact my jeans feel loose?!

On the plus side, I have also managed to jog 3 x last week and yesterday started Week 7 day 1 of the C25K app. Yes people that's jogging for 24 minutes. Now my son has taken to coming out with me and we didn't quite manage 24 minutes it was more like 20 minutes.  I'm still very slow - approx 14 mins a mile but still better than not doing anything.  When the kids go back next week I'll be entering into Week 8. I don't enjoy it that much now its harder and longer but hopefully that'll change. 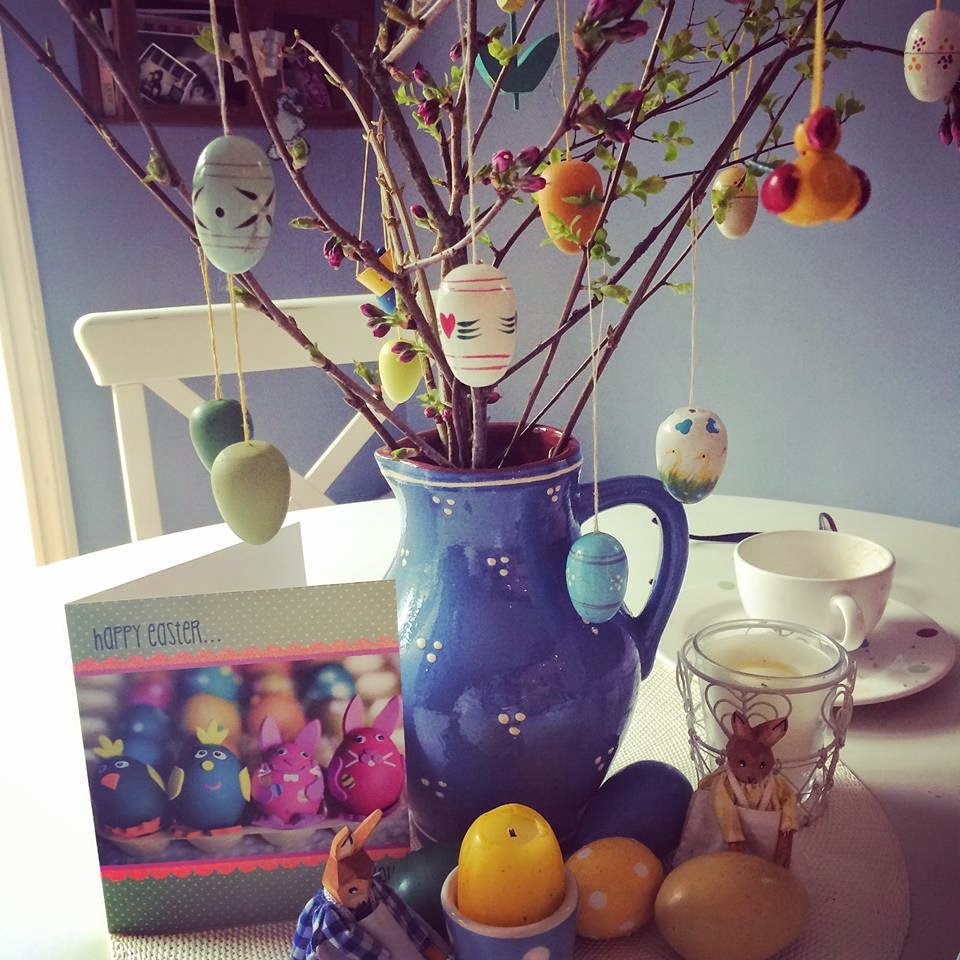 I have so enjoyed these Easter Holidays.  I've pinched this picture from my friend Barbara who keeps it simple and elegant at Easter. I feel the Easter Holidays are better than Xmas as you can get out and about and do such more. Plus the pressure is off. Mind you, judging by my Facebook timeline on Easter Sunday you'd have thought Easter was now on a par with Christmas.

I have written about this before but more along the lines of stuffing our faces. Thankfully, many other bloggers noticed the ridiculous amount of eggs their friends children had received. 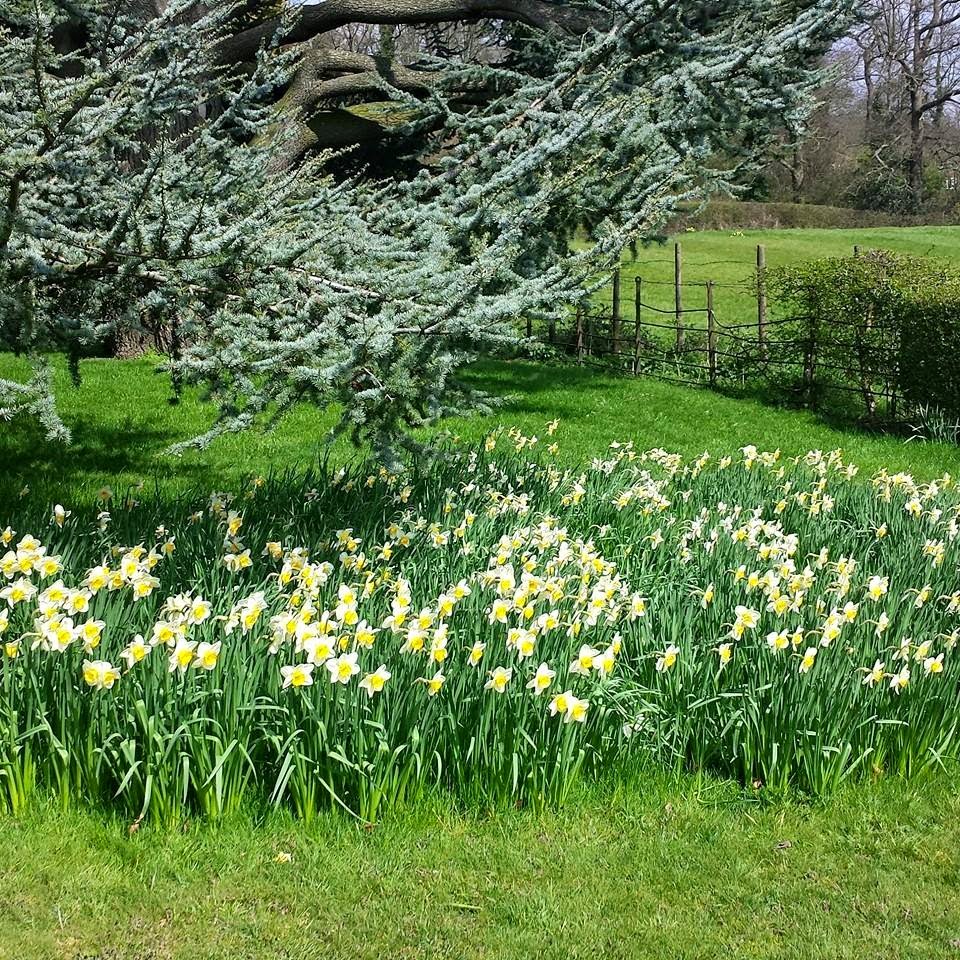 This is a great post - and far more tactful than I could ever write by Sarah of Mum of 3 World. She has saved me the bother of an Easter Rant Part II.  She did, however, remind me that my Nan used to do a little egg hunt (when I was thinking what are these mum's doing?!) and make a fabulous roast. For the record there is NO Easter Bunny - we have enough fantasy what with the Father Christmas and the Tooth Fairy. Our Tooth Fairy is a militant one who often forgets to put the £1 (yes only a pound get over it!) as she is busy fighting for other Tooth Fairies right to fair pay and conditions and to abolish zero tooth contracts. My children think she's a good Tooth Fairy doing the right thing for her people.

One parent put in a comment that their child had been awake from 4 am in the morning as they were so excited about the Easter Bunny and the prospect of enough chocolate for some serious tooth extraction. Did you know that  50% of children in this country have tooth decay and many have their baby teeth extracted. Seriously parents get your shit together. Its your fault.  Anyhow, the child like adult parents strike again whipping their kids up into a frenzy. Let's face it the kids don't need this carry on its the parents that do. What will become of this generation that are driven everywhere, ipads, x-box and frenzied holidays? I digress.

We all went to a beach in Kent on Easter Sunday and had 'roast' fish n chips along the seafront. The kids had great fun digging a moat and collecting shells. We trotted to the amusements afterwards. Its amazing what a tub of 2ps can do for entertaining a child. They were smitted with one particular machine that had a glich. It kept giving us those winning prize tickets. By the end of it we had over 400 - trouble is you need to have about 15,000 to win anything decent. Still, they got a little prize each and were happy with that.  I fed them before we went home and me and the hubster had a chinese in the evening. How very decadent. See above for reason for weight gain. 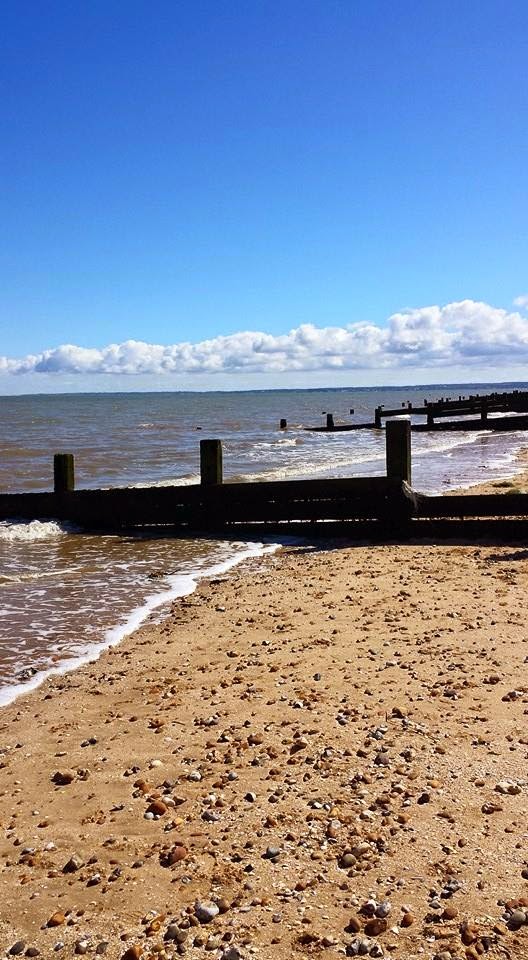 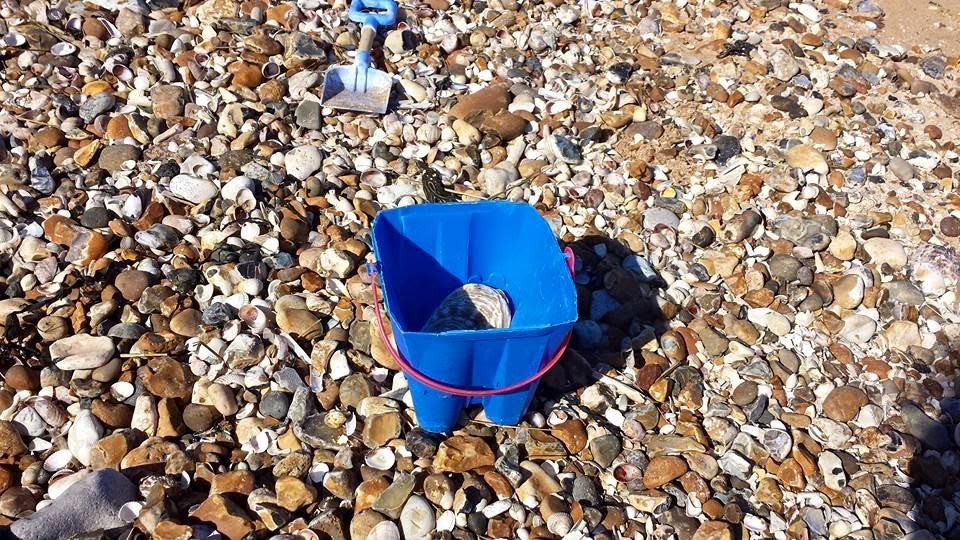 Today, my house was at Defcon 5 what with all this frovalitiy going on. More of which later this week.  I also had tickets to see Big Hero 6 (£2 per ticket no less) at 4pm today. We sat down and a little cheer went up when "The Boxtrolls" appeared. What? They've put on the wrong film. I quickly realised that mum had turned up a week late for the film. Luckily we weren't in anyones seats, no one noticed we had tickets for a completely different film and the kids enjoyed it. Phew. They only have to wait over a month to see it on DVD!

Until sometime this week..

Email ThisBlogThis!Share to TwitterShare to FacebookShare to Pinterest
Labels: easter holiday days out, easter madness, mums making easter like xmas, the boxtrolls, there is no easter bunny