...chocolat!! Oh yes, the lovely peeps at Hotel Chocolat wondered if I'd fancy reviewing their Father's Day chocolates. Mmmmm tricky one that. Disclaimer first and foremost - I had ONE. My husband polished the entire contents fairly rapidly it has to be said. There was maybe a brief period of savouring but nah pretty much scoffed the lot in a relatively short space of time. This is the man and I quote "I am more than content just to have one or two chocolates everyday" "I can make them last" blah blah.  This is when he bemoans the fact that any Roses or what not he brings back from the Co-op have been eaten by the kids in record speed.

So what did he get his gnashers around this time.....

Now not only does he reckon he can make chocolate last he's also the equivalent of my luddite nature but instead of being a bit of a technology hater, he is a 'poncy' food hater. He is happy to eat tinned curry and reckons all Belgium chocolates are the same and even proceeded to tell me the other day that no one has a monopoly on saying its 'Belgium' chocolate.  However I think Hotel Chocolat have proved him wrong.  He was making orgasmic sounds and developed upper class finger gestures whilst sampling his chocolate bounty (excuse the pun). He's also tight when it comes to purchasing food. He rejoices at bringing home two for one offers of penny proportions so for him to say they were well worth the money (at £15 hardly extortionate!) is no mean feat.

I think he might even be expecting another taster for Father's Day - which is on Sunday 15th June 2014. Naturally I had a little gander around the rest of the site and yes there are some more expensive options but I have to say they are well worth it. They are of a superior quality than some other well know Belgium chocolate makers who frequent themselves in local supermarkets.  Not only is the packaging special - this came in a fancy bag bit like when you go shopping but the contents match the packaging.  Having said this, I couldn't help but check out their more affordable options. So here is my little selection...

If your fella Father is into the World Cup or even your Dad, then I thought this slab was a perfect way to combine the two...


And if you really want to wind someone up then you could send them a chocolate old fossil for £8.50! 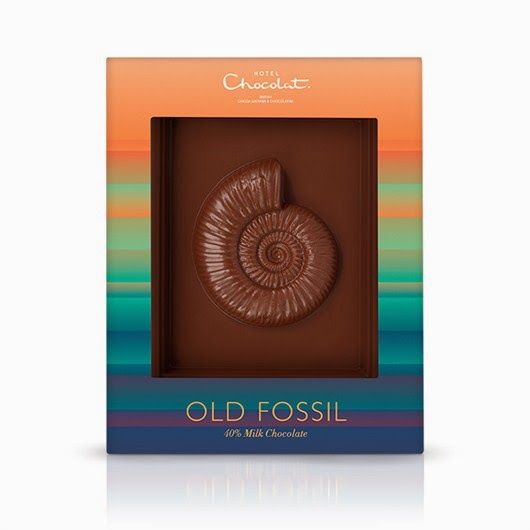 So there you have it - lots to chose from for any budget. Have a look around their website as there are some great bargains and items in the sale! All the chocolate featured on here is on their website

I was given a Father's Day box of chocolates for free (hard gig I know) for the purpose of this review. As ever this is a true and honest account of what the hubster thought of them.
Posted by Unknown at 21:00