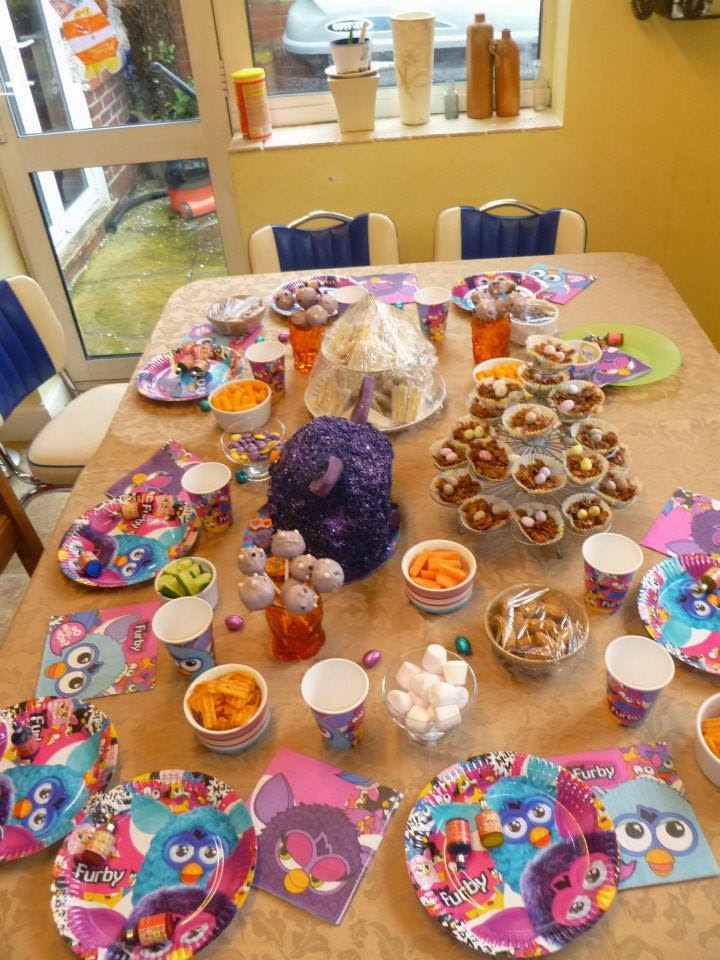 As I think another episode of House of Cards is on the cards tonight. Neflix is such a wonderful thing. If you haven't got it I highly recommend it. Its cheap and has a wealth of movies etc and sticks two fingers up at SKY. I have got over the 2 day mourning period I had when we cancelled our contract with them. We had the lot - movies, sports, multi-room and HD. The full monty which also came with the full monty price of £80 per month just for telly. Funnily enough they phoned recently to say we could come back, full package, for just £20 a month for a year. Didn't want to know when we left but how they come a crawling back. Well sorry SKY - Netflix is the way forward.

Anyhow, back to the weight loss and I have to say  thank you Heinz as I've dropped 3lbs - was 4lbs earlier in the week but birthday cake (see previous post) and general picking on Sunday meant I put a little dent into the fat stores. Anyhow, that's awesome for a half term. In fact, I can't remember that ever happening can you? I find it incredibly depressing that I can walk 5 miles (10,000 steps) within my own house. My fitbit statistics tell me how 'very active' I've been on these days and generally it is '0' minutes. I'm still wearing the thing though and if it doesn't vibrate (oh er) to let me know I've completed my steps I do get up even more.

I took the kids to see The Lego Movie and the park and we have a lovely half term. They are due back tomorrow (inset day) so I did all my chores and the weekly shop in the evening which means, in theory, I could be back on my bike tomorrow!!! However, I have to wait in for some courier (its third attempt) to take a enamel baby bath with feet (you know the old fashioned style) my husband sold on ebay. We would have arranged delivery for £20 but the woman wanted to save all of £4 to arrange it herself and its just been a serious of cock ups.  So, in a nutshell, I have to stay in. I may have to do my pilates or new Wii dance (yes there is one called Wii dance 2014). But I am exercising if it bloody kills me.

Talking of my weekly shop - Aldi is a dark place to go on a Monday evening. Ordinarily I go on a Tuesday but the last two weeks I've gone on a Monday night. Everything looks different - the shelves aren't as stocked and I come away with a list of things I have to get and the people are all a bit strange too. Its like something from Tales of the Unexpected (remember that?) on ITV or was it LWT I don't know. Strange goings on happen on a Monday night at Aldi. Its not overly busy and I noticed people who couldn't pick up their feet!! At first I thought it was just this rather large lady who had ballet pumps (oh the irony of it) who was incapable of actually lifting her foot off the floor. Not in a nasty way, she was so large she was struggling to walk. So, I disregarded her shuffling but then I heard it again - turned around and a lady with no such weight impediment was doing the same.  "PICK YOUR FEET UP!!" I was screaming in my head. My mum used to say that to me and now it irritates me in the same way and maybe my daughter will shout at her daughter and say the same thing. I digress. So now I have a real shuffler and then I heard another and another. That was 3 legitimate feet shufflers who were incapable (and with no physical reason as far as I could see) of lifting up their feet in the traditional manner. Summer holidays with flip flops I grant you - February in Aldi no. Just no.

Finally here are some pictures of that cake... and of the cake pops that whilst tasted lovely were not my finest hour on the decoration front!

See you soon...ohhhh I'm now ranked 287 out of 10,000 bloggers - get me!! I've also been nominated in various categories in the Mad Blogs although would like School Days as the amount of blogs in that are small which means less competition #clutchingatstraws

p.s if you are one of the first 5 people to read any of my blog posts than I must apologise (although its too late as they've been and gone) - I tend to just hit the 'publish' button and then go through again and spot more typos etc. Of course, if you arrive at 50 then you're more or less at the standard (low) of my writing and such like.

Email ThisBlogThis!Share to TwitterShare to FacebookShare to Pinterest
Labels: 000 steps, 10, aldi on a monday night, fitbit, house of cards, netflix tales of the unexpected, peope who don't pick their feet up when walking