I think my son may have invented a new craze, a twist on the old craze, not just any old 'planking' but SEALIFE planking.  What an earth...?! Well let me tell you. Yesterday, me and my trusted side kick 'M' together with our nearly 4 and 3 year olds, were invited along (free of charge aka a 'freebie') to review the London SEA LIFE aquarium. I cannot tell you how excited we were leading up to this - hand clapping and jazz hands were a standard greeting at school drop off and pick up.

To get there we would be taking a bus, train and the tube - an exciting adventure for the boys in itself. Although 'M' had decided to tell me she had a fear of the tube because "you'll never ever get out if the ground collapses." I did point out that the Victorians seemed to have done a good job but she was having none of it.

We regrouped at my house and did a bit of faffing. I was going to take my nice handbag but seeing as 'M' had her rucksack I decided on one too. I don't like rucksacks though as you can't see where everything is and I get in a right old tiz. We had sweaty rain jackets on, which we were too hot in and 'M' was cursing her choice of a lightweight jumper. I took the buggy then decided against it - too much carting around. I shut the door and then opened it - forgot the oyster cards. It was still only 9 am.

We legged it for the bus, with me bringing up the rear, as buddy had decided to do his first 'plank' of the day as he didn't get to push the crossing button.  He doesn't do screaming or almighty temper tantrums - he simply drops to his knees then lies his body flat and refuses to move. Good start then.

The bus journey was fun for the boys and the breadsticks had already been cracked open. 'M' of bare with fame was keeping me posted of anything major happening via her phone and questioning my own abilities to get in and around London (even though I commuted to Canary Wharf for many a year) by saying things like "are you sure we don't need to go via X".

We arrived at the train station relatively incident free. I didn't know you could merely top up your oyster card to travel on the trains - I know I've been out of the public transport game for quite some time now.  It is at this moment that 'M' curses and says "I've only bloody lost my oyster card!" She had managed to lose it on our 10 minute bus journey. We figured it must have dropped out as she was scrawling her phone, so she had to buy a ticket and inform her hubster of incident no 343 this year.  Our 'M' can be a bit scatty if truth be told - I mean worse than me and that's going some. Only recently she left her bag on the train which contained £200 and her camera.  By this time buddy had decided to do plank number 2.  Upon boarding the packed train 'M' again questioned whether we were on the right train to which I told her to shut up and I'd travelled around Europe by train don't you know!

I'm pleased to say our day did improve somewhat. We had a pretty uneventful journey on the tube and got seats. We chose the Jubilee line to Westminster. We like this line. Its clean, modern and reckon its not as packed as others.  When you come out of the tube and walk up the steps this is what greets you.... 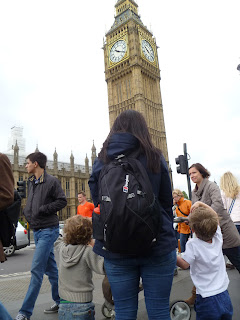 I love London. Whenever I visit I just think I love this place - its such a fantastic city and I'm pleased to say the boys were mighty impressed with Big Ben - 'M's son did ask "what goes in on in their mummy" to which I replied "people making bad decisions about your future" which I thought was a fairly honest answer. And off we went.  As soon as you walk out of Westminster tube station you can see the sealife aquarium straight away. You just have to walk across the bridge and down a flight of steps. Good choice not to bring the buggy.
When we got to the County Hall (where the aquarium is held) we were greeted by a very excited penguin. I thought this was a nice touch and the boys shook its flipper - like you do.  They were given sea goggles and a divers passbook to stamp at various points around the centre. The staff genuinely looked pleased to be there and had smiley faces which was nice to see. We were good to go. We were fortunate enough to have a guided tour during our visit telling us facts and figures about the marine life.  When you first go in you walk over a glass floor and are able to see all the sharks, fish and giant turtle swimming underneath. This was very impressive and certainly gives it the wow factor.  I have been to the sealife centre in Great Yarmouth and Brighton and they don't have this so kudos to London! By all accounts the London Mayor, Boris Johnson named the turtle after himself. Only this man would name a turtle after himself. 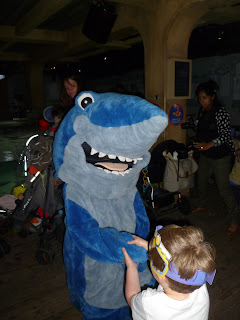 ﻿
We were led into an area where the children can really get up and close to the stingrays and look who was there to greet us - a shark! I have to say I like all this dressing up. Perhaps they could get a giant turtle as well?  We do have a yearly pass to London Zoo as a family and they, too, have an aquarium. So I had thought prior to this visit is it better than the aquarium at London Zoo? And the answer is yes. The windows are huge and low level. The main tank which houses the sharks, fish and giant turtle (who was fascinating to watch I would have happily watched him swim around for 20 minutes even if he is a Tory) is impressive.
It is not a five minute wonder. It does seem to go on and on and certainly has more to it than other aquariums.  The best part of the aquarium, for me, was the rain forest part. It was very relaxing (as relaxing as having a planking son throughout the visit can be) and very tropical.  Again, I could have watched the crocodile for a lot longer if I had been without moody child number 3. Although he did perk up a bit around this time whilst 'M's son 'H' had a wail of a time as would most kids this age. But like every parent knows some days they just act up and unfortunately, for me, this was one of those days. 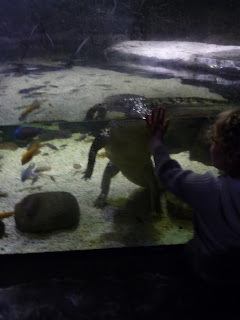 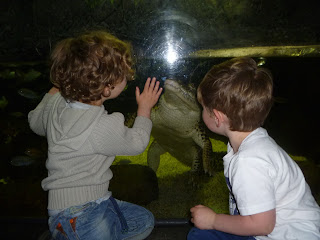 The boys loved this interaction.  My elder two children would have also enjoyed all aspects of the aquarium.  We worked our way around and just before the penguin section you have a higher view point of the huge tank that I was talking about earlier.  Again, I could have happily have sat there for quite some time.  The penguin area gave the aquarium a different dimension. There was a wall made of ice for the children to touch. Leading on from this you could purchase a slush puppy if you so desired or have a photo of yourself sitting on a stingray and other creatures for an extra cost.  There were also these booths (£2 I think) where you could experience arctic conditions i.e windy! It was quite comical to watch a teenager getting all her hair blown about and looked like fun.  There was also a play area for the kids to pop their heads into and look like they were under the sea. 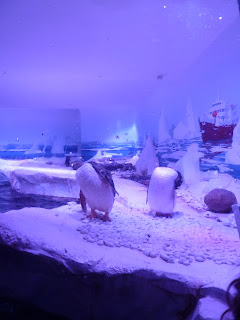 Prior to the gift shop they have a sweet shop where you may or may not get roped into buying popcorn contained in a fish printed bucket.  I don't really object to this. My children would get told no depending on what mood I'm in and ultimately attractions are there to pay salaries and make a profit.  The gift shop was the right size - I am partial to a souvenir it has to be said - the stuffed creatures were £10 which I didn't think was too bad. Buddy had picked up a seahorse which I liked but he changed his mind so we went away with three pens.

I would have liked to have seen some toilets upon exit as buddy decided he wanted another wee and the nearest one, without having to go back into the aquarium, was next door in McDonalds. Another handy 'restaurant' should you get caught short on the food front. Unfortunately we never made it there and had to wee in a corner on the street. Quality.  As a family our bladder control has a lot to be desired although he did sink a lot of juice prior to this.  I would also like to see a buggy park (open during half terms only) and lockers - I didn't see any of these. The aquarium is buggy friendly but if you can manage without one I'd leave it at home. Although they are handy to control 'planking' children. 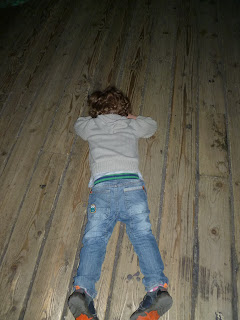 If I were the PR guru at the London sealife aquarium I would market this attraction at not only families but couples and teenagers.  I think it makes for a quirky, young love date material and its in a prime location for other attractions.  I'd be setting up an ad on Eharmony or one of those dating websites. I would personally like to go without the children so I could take it all in at my leisure. My husband and I visit London, just as a couple, at least once a year and its certainly something I would go into with him. 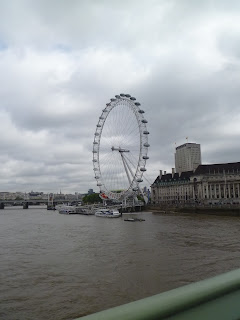 Because Buddy was being a pain I can't recall all the areas we went into - 'M' has done a far more detailed account of all the areas in her blog post here.

It isn't a full day but then no aquarium is going to be. Having said this your ticket is valid for the whole day so you could pop back in again later. You would need to combine this attraction with others and general sight seeing. For me, the only downside is that it is a tad pricey for families given that its not a full day and you have to pay for travelling. I have been to La Citi de la Mar in Cherbourg which is a full on day (submarine tour, deep sea diver simulator etc) and does cost less than this. However, that is France and this is London. I'm sure you could get entry via Tesco vouchers or other discounts. An adult ticket is £21 and a child ticket £16 (children under 3 go free) so it would have cost us £89.00 for a few hours.  I would be happier with £50 but I don't think this is anything unusual. As long as you are aware its not a full day - you will not be disappointed with this attraction. The kids, adults and teenagers will enjoy it. There is something for everyone.

I received free complimentary tickets for the purpose of reviewing the London SEALIFE Aquarium.  As you are all aware I am brutally honest and as such so is this review. Pictures were taken by my good self.