....then so be it! I said this on a bus the other day. I suppose you could call me 'bus wanker' made infamous by the In Betweeners. If you haven't seen it - check out the clip above. Its only 18 seconds long and will make you laugh I promise!

Anyhow this came about when myself and M were returning from the Sealife centre.  Lets just say the 'debate' got a bit heated when talk of the PTA came up. Poor old M remains on the PTA. Its my fault. I roped her in with promise of doing good and then fucked off and left her.  It wasn't planned or intentional but as anyone that reads my blog regularly knows that it was taking up all my time, I wasn't losing weight.

But when you resign from the committee you become one of them. I have gone from Gamekeeper to Poacher. I am now confined to the lazy arsed ranks of parents that leave it to someone else. Well, I haven't really but clearly when you resign from Vice-Chair you aren't going to be doing as much as you did when you were in the circle of trust. That was the whole point.  Anyone that has ever been on a PTA knows the work involved. I mean even if you delegate stuff you still have to oversee and think what needs to be delegated.

So the Summer Fair is approaching and I'm not running a stall. There I've said it. There should be a PTAA (PTA Anon) group or something whereby I could stand up and say "I am an ex-member of the PTA and I'm not running a stall." This isn't an easy thing for me to say or do. I jumped into the PTA full throttle when my eldest son was in reception (5 years ago) - I have rarely, if ever, been to any event where I haven't set-up, put away, ran a stall, made a raffle novelty cake, baked cakes for sale and so on. I want to go to the summer fair with my son and look around like 98% of the parents. I am one parent of over 240+ people.  Still this wasn't helping M as, like every year, she was struggling for helpers.  The fair can never be as big and bold as we would like as the support just isn't there. It never will be.

However, the red mist descended (even though she wasn't referring to me) and I listed everything I had done over the past 5 years.  For example:-

5 x gingerbread houses which take over 3 days to decorate, lots of novelty cakes for raffles, cupcakes - ridiculous amounts as sometimes I would bake in excess of 40 (some of which I buy back!), trawling the streets to ask shops to put up posters, arranging banners and art work, writing How To Guides on almost all events, my sister should also get a mention she spends hours preparing the quiz night questions and hosts it for free, selling tickets for events - a soul destroying task, manning stalls, setting up, putting away and the normal donating teddies, attending EVERY event when who in their right mind would want to be in a sweaty school hall on a Friday night,arranging the pamper night and all stalls. I could go on and on and on....oh wait a minute I have! 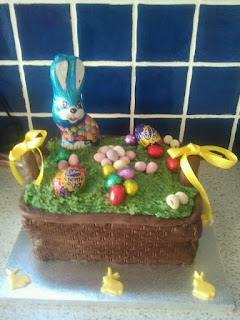 Let us not forget the hubster who obliged with the following:- make wooden cut outs for a peace garden, make wooden seaside cut out, donated pebbles for a pond, put up a shed, concrete base, put in a free ramp for the school, making the PTA board, make class name plates, make a royal throne chair! And donating new phones for my pamper raffles. What a star he was the PTA biatch and we used him god damm it!

Plus when things are occurring at a school i.e expansion and what not people tend to pay the PTA a visit. These people fall into roughly these categories:-

Apathetic (there's a clue in the word here)

The "its all a load of bollocks, they've agreed it, what can we do?" This is normally uttered by the parent that lives in the 'bad' area and got in to the 'good' school but that's where the contribution ends. They want the school to sort out their piss poor parenting skills and you wonder why they didn't just opt for their school which isn't a 10 minute drive away. By and large I find these types less of pain than the next one as the next lot should know better.

These types are much like the above and are all a bit pathetic. They live in the area but the poshest part, are normally well educated, have high aspirations for their child, can't afford private fees, raving Tory, have the attitude that nothing will ever change, has their child on the 'outstanding' school waiting list, moans a lot but doesn't actually contribute by helping. They just tell the next types I will speak of what they should be doing and feel they're above us all. When something like this happens they then enter the fold and appear all condescending. They are the educated ones after all. For me these types are worse than the apathetic types by far.

The ones that consider themselves normal, scary, bolshy, on the PTA or help regularly say "why do people do this? Its for the school" and can never understand numbers 1 & 2 above. They are at the core of the school and community whether you like it or not. They know everything that is going on. I am in this group - its preferable to the other groups. Don't get me wrong people can piss me off within this group but I'd rather be in amongst this lot than the others. A bit like when a Jehovah Witness knocks on your door - I've nothing against them they want to save you but I'd rather go to hell with the majority if you don't mind. Some may say we're clicky but fuck em.

These are a nice, harmless bunch on the fringes. They don't get too involved with stuff and do their bit to help out. They are just about holding it together - to get the child to school on time, keeping up with bookbags etc. They haven't got time for this shit - school that is.  They need a little shove to get them to do what the Hard Core want them to do and are generally obliging.  You can spot them a mile off. They are the ones who come up a week later and say  "no, really?" "they want to do that?" Or "we'd better do something before they get ideas in their head" normally at this point the 2 form probably started a year ago.

I've also noticed people go through a range of emotions bit like a break up during a campaign:-

Oh shut up your martyr prick I can hear you say! No I'm not a martyr and I did get satisfaction from doing this for a long time but not anymore. I am so happy I have got my free time back. This week the ladies have been carrying out preparations over the course of two days then they have Saturday setting up and I have been on my bike and swimming.  It feels wonderful.

Having said this, I have made a raffle cake. I couldn't help myself. I will return to helping with stalls but for this summer fair I wanted to have the option - the most glorious option of maybe not going or just 'popping' along. 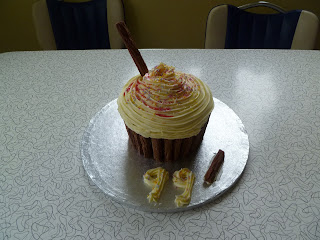 Until next time...which will be soon as I need to fill you in on weight loss and exercise.