The Boy That Cried Wolf

My mum and dad came up on Sunday. We hadn't seen them since August when they went off on their jollies to France for 3 weeks. They go every year as my dad won't fly. I don't know why - he's 64 and I figure if you do go you've had a good innings so to speak. Why not risk it and see countries you can't see ordinarily if you don't fly.  In any event, he reckons its not because he thinks they're going to crash - its because his claustrophobic. Potatoes. Patatoes. He's scared of flying.

That's not want I wanted to write about in any event. Whilst they were in France my dad suffered a twisted intestine a week or so into their holiday. I got a text from my mum to say he was in hospital so promptly googled it and thought mmm you can actually die from this. By all accounts if you don't get it seen to quickly (basically you experience intense stomach cramps probably like labour pains) you could die as the oxygen supply gets cut off.  My aunt then telephoned and said "ere its quite serious isn't it? At first I thought silly bugger what's he gone and done and then I realised that's what horses die of !" 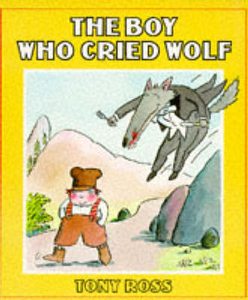 I also remarked to my husband that my dad was lucky he even got to the doctors because he is a bit of a moaner you see. I mean there's always something wrong with him. He is the definition of 'man flu.' I could be talking about my husbands trip to A&E in the ambulance or my son's asthma attack and he will happily pipe up "I've had a stinking cold all week now" or "there's something wrong with my ears." In fact, within a few minutes of meeting, my dad will tell you what aliment has been troubling him.  I've never known the man to be a picture of health or at least say "I'm fit as a fiddle today." I told him so on Sunday.

In his defence, my mum is the opposite so how the two of them managed to get my dad to hospital is beyond me. You could literally be dying and my mum would put the kettle on or carrying on reading her book.  I remember once when I was 14 I went to Oxford Street with my friend. In those days IRA bomb threats were a way of life. For years we didn't have litter bins on train stations and public places so that bombs couldn't be put inside them.  Anyhow we're doing a spot of shopping in Topshop and everyone is told to evacuate - there's a bomb scare. Scary stuff when you're 14. My friend telephoned her mum (from a pay phone - remember those?!) and naturally her mum was freaking out good and proper. I telephoned my mum and her exact words were "oh, you'll be late for dinner then, I'll put it on top of the microwave."

I'll give you another example. When my sister was 17 she was travelling to Bradford to see her boyfriend (holiday romance didn't last) in her little car on the outside line of the motorway - otherwise known as the fast lane - when her wheel fell off!!  Sparks are flying, the car is scraping along, she is shitting herself but somehow manages to get it onto the hard shoulder.  There were no mobile phones then either. She was rescued off the motorway and taken to Heathrow. She telephoned my mum who had just cracked open the wine settling down to a good book.  I can imagine the phone call "oh well you best get a bus to Gatwick." And get the bus from Heathrow to Gatwick she did without her 3 wheeled car.

So when my dad was having these intense stomach pains from one o'clock in the morning it was always going to be highly unlikey my mum would call an ambulance as she put it down to food poisioning. My dad was very vocal about this "ere (god I've made us all sound like dick van dyke!) mum didn't phone an ambulance when I was in so much pain - how bad is that?!" So he did have a point although I did remind him he is a grown man and could have said get me an ambulance.

And in my mum's defence, my dad is always complaining about something, so if you're going to cry wolf and then a wolf does appear just hope you're not standing next to my mum!