Act your age not your shoe size

Sang Tom Jones (and Prince I believe). We used to say this as school children in a nah nah nah nah nah type of way.  I'm not suggesting that the phrase should make a comeback but I most certainly am suggesting people start acting their bloody age!

Asides from the obsession with looking younger than you are, people are also obsessed with not becoming old.  We're lead to believe that 50 is the new 30. I read a feature in a newspaper a while back showing pictures of minor celebrities who were 50. The title was something along the lines of  "we look better now than we did when we were 20".  No they didn't. We're lead to believe that having kids, because biological it is possible, in your mid to late 40's is fine and from my own mother's mouth (who is 64 this year) 70 isn't old. Everything has got seriously messed up don't you think?

Now I've touched on this before in my post Life's too short?. It was always deemed that a good life expectancy was 3 score plus 10. That's 70 in case you were born post 1980 and haven't a clue what I'm talking about. Yes, if you reached 70 you'd had a good innings. If I read in the paper that a 70 year old man died I wouldn't be thinking "oh how sad they were so young".  Would you?

Yes it is perfectly likely that people can live well into their 80's and beyond. But many don't. I would say more people die in their 70's than those in their late 80's. The Queen Mother is a good example of how the seriously wealthy always have a grand chance of living a longer than average life. Us mere mortals aren't as fortunate to have a charmed life.  I doubt The Queen Mother's body had the same sort of wear and tear, toil and trouble on her body as a result of the daily grind.

Based on my calculations 35 is middle aged. Not 40. Not 45 and most certainly not 55.  Women of my generation are leaving it much longer to have kids. About a quarter end up childless which I suspect for the vast majority of them, didn't feature in their life plan when they left school. People ask me if I'll have another child (4th) and I always reply I'm too old. They say "you're not old you're only 38". Let me tell you there is a world of difference between being pregnant in your late twenties to being pregnant in your late 30's. Physically you are far better equipped and are meant to have kids when you are younger.  I should have started early/mid twenties if I wanted 4 not started at 29.

Just because society says so it doesn't make it physically right. Physically. Now I'm not talking about how you feel in yourself. Most say "I don't feel my age mentally"  "I'm 18 in my head". That's very good for someone to have a positive outlook. Studies have shown that you are less likely to become ill if you remain active and can avoid certain conditions if you have this frame of mind.  But physically 70 is old.  There is no argument against this. I'm sorry.  If you were in a doctors surgery about some ailment and he sees that you are 40,50,60,70 - you are in the old bracket.  Fact.

Someone said (I can't remember who) when you are young if you've got an injury there's a reason behind it. When you're old you've just got an injury.

People just don't want to accept it. They want to go back-packing in Thailand in their 50's (read this the other day). Is there nothing the young can do on their own these days without their ageing parents wanting to tag along to? Dress sense, clubbing, typical student type holidays, rock concerts. Christ the amount of middle aged and beyond mum types that were at Glastonbury saying "look I've still got it". No you haven't. You look a twat. Go home, put the kettle on and act your age. Youth culture is meant to be for the young.

Why can't people accept that their glory days are well and truly behind them?  Embrace old age and all that it offers.  No one is saying give up the ghost but stop lamenting for your youth - its gone and its not coming back!

Personally, I can't wait to get myself on a Saga cruise let me tell you. I'm sure the thirty something whingy "I want my life back" women (see my previous post Whinging Women)  would have a far better outlook on motherhood if they just accepted they were old now. You're meant to sit in and watch 'You've Been Framed' with a take-away and a glass of wine on a Saturday night.  You had plenty of time to do the young stuff when you were young. Let us leave youth culture to the young shall we.

Another blogger friend of mine aptly named Midlifesinglemum has also written a post at the same time as me (it wasn't accidental we did agree to do this). Please check it out - I haven't read it as yet but I'm pretty certain it will be different to mine! 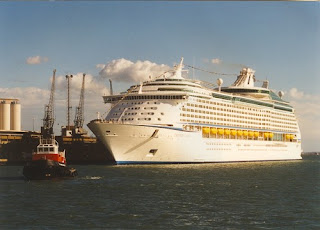