Roses are Red, Violets are Blue, Dead soldiers love letters is what I've got you!

Well it does kind of rhyme doesn't it? Yes you read correctly. That is what I got the hubster for his Valentine's gift this year.  Impressed or what? Bet you didn't think of that did you?  Anyone of sound mind probably didn't think of that. In my defence I did not realise that the soldiers in my chosen books for my lovely didn't come home.  Given that so many didn't I should have figured that out.  So not altogether romantic but the thought was there.

You see my husband is collecting WWII helmets (Matron! in best Kenneth Williams voice) at the moment. He has always had a keen interest on WWI and WWII.  The man is at an age (47) where he can start collecting things. He doesn't need any more stuff. "You come into this world with nothing and you leave with nothing" - my grandad.  Having said that, men still like to collect things.

When he first declared his intention of collecting WWII helmets I had visions of people stepping into our house thinking they'd come across some Right Wing Nazi den.  Something out of Pulp Fiction or Falling Down where Michael Douglas goes into the Army supplies store.  My husband is so left wing practically communist that I didn't want people to get the wrong impression.  Thankfully his little collection of British Tommy, French, Spanish, Russian etc helmets look pretty cool. There are 9 in total and we all like to have a turn at trying them on.  I'm planing on having a helmet wearing dinner party any day now. 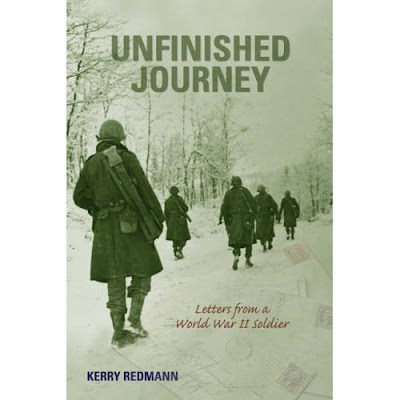 So with that in mind I purchased two books. 1) love letters from the front - letters written by a solider from Liverpool who writes to his Irish girlfriend during World War 1.  He dies and never meets her again. Opps.  2) Unfinished Journey - these are letters written by an 19 year old American who is the eldest of 10.  He writes to his parents. He comes from New Orleans so can speak fluent French but doesn't like the French as some collaborated. He liked England although wasn't impressed when they wouldn't serve him in the pubs.  He also never came home.  I also purchased some Dairy Milk chocolates, in a heart shaped box, for him to enjoy whilst reading the tales of these two dead soldiers.

There is a book called "love from Tommy" or something like that. A collection of love letters from the British Tommy in WW1. This does not come out untill October. This would have been perfect, so I was slightly annoyed about the delay, given that the author has had the best part of 90 years to get his shit together.

Although we do get each other cards and little gifts on Valentines day, its not a major deal.   My reputation in the present giving department is notorious now.  For instance, on our first 'paper' wedding anniversary (we married in 2009) I got my husband some stamps with our picture on.  I don't know what I was thinking, although they are actually legal tender, so if he wants to post a letter with our pictures on he can. He got me 3 fabulous hard back Taschen books.  No contest.

So this year whilst bed bound he arranged for some flowers and chocolate to be delivered. The kids did some lovely Valentines craft bits at our local SureStart centre, which, I like more than the flowers if truth be told.  If you can't think of any good reason to have a child, then let me give you one, the lovely little home made bits they make for you.

Valentines day is quite cute but its really meant for the youngsters isn't it?  Back in secondary school my friend and I had a pact whereby we used to send each other a Valentines card in case we didn't get one.  I think she got 4 one year which included my card!